One of the issues that is currently creating more debate and alarm in the media is the aging of the population that is happening in the world, and more specifically, in the so-called developed countries. Some of the questions raised are : What are the causes of it? What are the consequences? Is it a benefit or a prejudice? What policies are governments adopting? etc.

The World’s Health Organization estimates that the number of people over 60 nowadays is twice as many as in 1980 (90 millions) and the forecasts indicate that this figure will continue to rise until reaching around 2.1 billion people in 2050. In relation to the average age of the world’s population, it will be 36 years, seven more than nowadays. 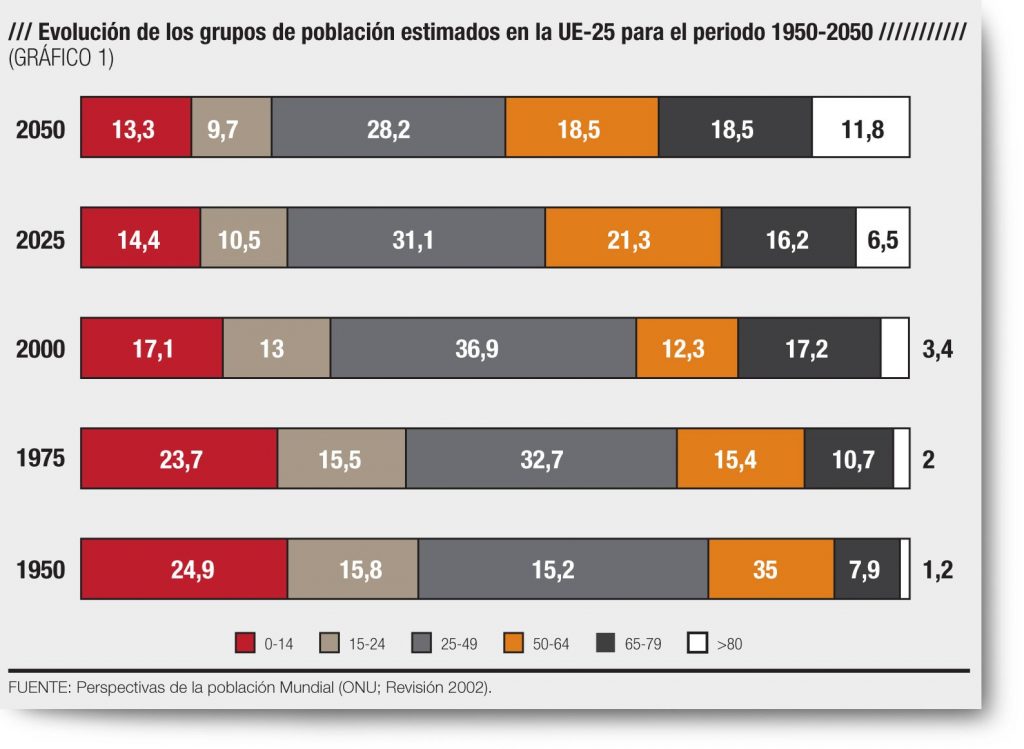 On the other hand, the number of elder people will be greater than the number of children, producing the so-called phenomenon of the inverted population pyramid. According to data from the INE in 2052 the number of inhabitants will have been reduced by 10% and the percentage of people over 64 will have reached 37%.

The improvements in health, greater control and optimization of food production together with the decline in fertility and the growth of life expectancy are the main causes of this demographic aging.

As the number of children born is also decreasing, one of the problems that this is causing, taking Spain as an example, is that the pension system and the welfare state are becoming unsustainable because there isn’t enough young people working actively that can pay the pensions of the olders. Considering immigration as an only and insufficient solution, another of the proposed policy alternatives is the use of public debt to address pensions. 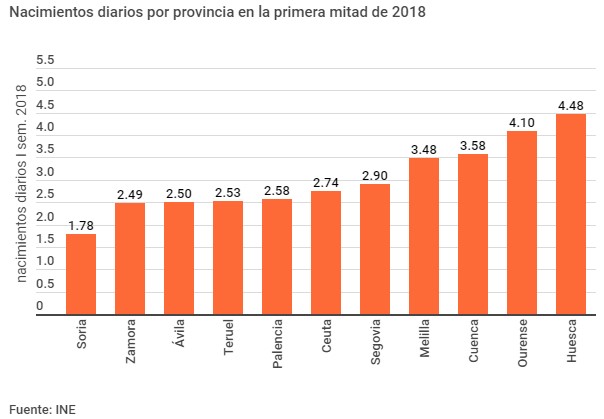 Toledano explains that one of the consequences of this may be a crisis in education systems due to the temptation of governments to make cuts in the economic budgets dedicated to childhood and thereby worsen the formation of future generations.

It is worthy mentioning the work of the Strategic Line of the General CSIC Foundation: ‘Aging, disability and illness’, in which it is intended to promote research that deals with the problems of aging of the population in different aspects; not only those of a biomedical nature, but also those of a biomechanical, social, psychological nature, etc. This way, focusing on the review of the social policies that this study has carried out, in Spain, progress is being made in relation to the model of citizen care with dependence and new aspects related to the care of the elderly.

Related to the rest of European countries it is expected that this aging population will arrive to Spain 10 years later, delaying the effects of it and allowing the possibility of basing the policies and strategic lines, both nationally and autonomously, in other experiences.

However, Spain is also late in applying other policies of action, such as maternity and paternity leave in relation with contries as Denmark or Germany, in which both spouses have several months to distribute; or the tax treatment of families.

In this line, aid policies can consider the reduction of Property Tax (IBI) for families with children and education expenses. In addition,
it’s necessary to rectify in family and work conciliation strengthening the network of day care centers or universal benefits for leave or reduction of the day for the care of children up to 3 years covered by Social Security (as is the case in Germany).

One of the problems added to this situation that has to be improved is the huge difference from the rest of European countries in the investment in family policies. Consequently, it will be necessary to increase Spanish spending since, according to data from the Organization for Economic Cooperation and Development (OECD), it is the eighth developed country with the lowest expenditure, differing up to two points from 3 and 4% of the GDP that countries spend such as Germany, United Kingdom or France, respectively. In addition, Spain is one of the countries with the largest cuts in this area and with less investment in pre-school education, being up to three times lower than the German and twice the French.

As well, we can found differents measures in others countries that can be useful in our country as support in employment for pregnant women
or women with family responsibilities not shared, changes in working hours and conciliation with kindergarten, increase in places and reduction of the cost of the nursery, training in paternity and responsible motherhood, collaboration agreements with companies, favor the creation and stability of new young families through more accessible public housing, etc.