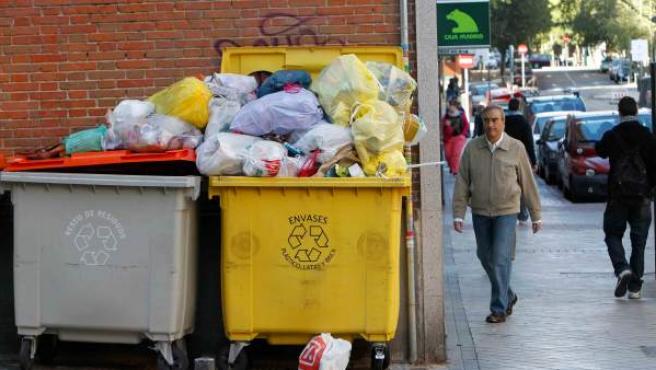 As years come by society has been increasingly getting more and more worried about recycling. Whether this preoccupation has reached a level coherent with the problem is not a topic to be debated in this article.

What we will talk about is a bad practice that has been going on for many years but with has seen an increase after the waste separation laws.

Even if it is strictly forbidden leaving the garbage bins in the street reality is much different. The imposal of waste separation has increased the amount of garbage bins that communities must have and in many cases they do not have enough space to keep them inside. Given this situation many of them opt to leave them outside the building. This is reinforced by the fact that many building do not have a person in charge of cleaning and taking the garbage out, so that task falls on the neighbours and it is much more convenient to just drop the garbage as you exit the building, even if that means that the garbage cans are outside in the street.

To increase this problem even further we also have to take into account the containers property of the city. Even if these can not be put inside it is a shame the frequency of waste pick up in some parts of the country. Nobody is shaken in the slightest when they encounter piles of garbage around the container because you can not possibly put it inside anymore, and while it is true that the citizen could look for another container this is not very realistic and what will actually happen is that garbage will keep piling until the pick up truck finally comes by.

This reality produces to fundamental problems, strong odors and plagues. The first one is quite obvious, generally speaking the conditions in the street produce a faster degradation of the waste and this ends up producing odors. In a city where you are trying to foment displacing without engines, it is very unpleasant having to deal with the pestilence produce by this practices.

However the second problem is one that not many people think about but that I have seen by myself in cities such as Santa Cruz de Tenerife, where part of my family lives and I usually spend the summer. Due to the permanent presence of garbage cans on the street is not weird finding cockroaches and rats. The first ones due to the nature of the animal show the dirtiness of the ambient. But more worrying are the second ones. Normally you would find these animals at hours where the light is very dim resulting in sudden encounters and in many cases surprising the animal. Given the aggressive nature of the animal attacks are prone to happen in many cases resulting in the person being bitten, and it is well known that rats can transmit different diseases. 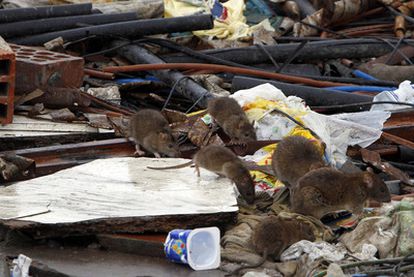 But, how can we solve these problems? In the first place I think it is very obvious that the frequency of waste pick up in public containers should be increased, especially on the hotter months. Unluckily these months fall on the vacation ones and in most cases the frequency is even lower. But even if maintaining a clean city is not going to pay dividends in terms of votes for the next election I really think it is something the citizen should take for granted and not have to worry about. As for the communities that leave the garbage bins in the street I think that awareness campaigns should be held and after a reasonable amount of time the town should start fining communities not respecting the law.

This is my small grain of sand in a topic that many people overlook but that I am very annoyed by.