Spain is one of the favourite destinations for the tourists because of its gastronomy, its beauty and its good climate. The favourite places to visit are principally, the zones of coast, between which stand out Costa Brava, Costa Blanca, Costa del Sol and the Cantabrian Coast, as well as the Canary Islands and the Balearic Islands. The Spanish population patrols on the number of 46.5 million inhabitants approximately. Nevertheless, during the vacation months, that is to say, June, July and August, though in addition it is necessary to stand out likewise, May and September, this number sees overcoat strongly increased due to the tourists’ injured one proceeding from United Kingdom first, followed by France, Germany and The United States.

It is true that the tourism has performed vital importance for the development of the Spanish economy and that as of today it is one of the economic forts in our country since it constitutes a high percentage of the GDP (Gross domestic product). It is necessary to emphasize that in addition there generates a high number of new employments overcoat in relation with the tertiary sector, with the trick of which in his great majority they are temporary employments. Nevertheless, is this really an advance for our country?

In the zones of high popularity between the tourists it is very common that there takes place what is named a congestion, provoking a sweet and sour sensation both in the tourists and in the residents. This congestion known also as “turistificación” what ends in a “turismofobia” and is given because of the break of the balance between the land management and the number of tourists arrived. That is to say, the visitors’ increase is bigger than the capacity of services of the city.

Spain is not prepared for the tourists’ massive arrival, which really causes a negative effect. Crammed beaches, kilometric cloggings, full hotels, which does that the tourists praise for the rent of floors in the cities since they can shelter more people for less money. As a consequence the rent of the floors is more expensive and therefore that many neighbours of the zone meet obliged to leave the centre of the cities to look for more attainable zones in the peripheries. On the other hand, the tourists’ overbooking has generated a decrease of the quality of restaurants and likewise of the quality of attention to the client, night disturbances impeding the conviviality with the resident neighbours and the degradation of the nature for the massive over-excited construction are some of the most common problems. 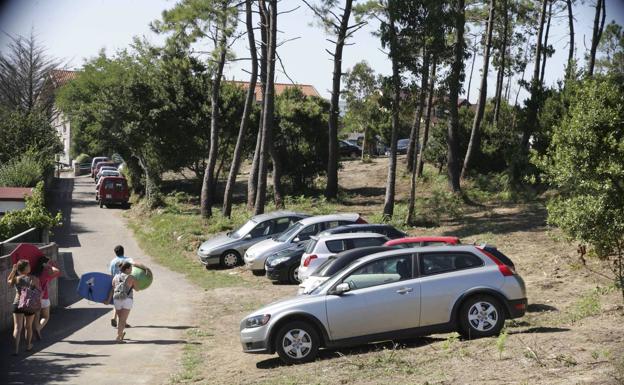 The tourists’ increase in our country believes new needs provoking a territorial impact due to the construction (concerning the nature as we mention before). Some of these needs creates the obligation to reconnect Spain with the rest of the world by means of an improvement in the most travelled airports or creating a network of public transport so that the tourists could accede with major facility to points of interest without turn bound to rent a car so that this would suppose a solution to other one of the big problems, the topic “parking”.

The beach zones, they occur turn very affected by this problem since in his great majority, the most showy beaches are not connected well by the tourist cores provoking this way major profitability of cars, what a bonus supposes for the Spanish but like that economy also a bonus for the “turismofobia” since these vehicles have to be parked in some place and due to Parking’s lack l in the surroundings of the site of interest, the places of parking are normally gardens, sidewalks or even the wings of the roads. This supposes so, a vicious circle of already mentioned problems. 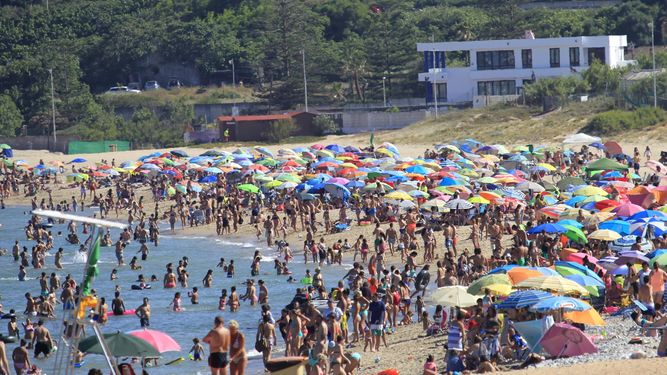 Focusing on the zone of the north of Spain where the majority of the tourism comes from Spanish cities in search of a good gastronomy and of the tranquility of the people, we see that these end up by meeting accused equally by the same type of problems. More in I make concrete, analysing Somo (Cantabria), place in which I reside, it is a small coastal people of many tranquility and few inhabitants in winter, but the whole revolution in summer. With the arrival of numerous tourists, specially interested in surf and in the Sun and beach tourism, the increase of the population is astronomic. As for the housing it is not so much the reason of the fundamental problem, since many lodge so much at apartments or campings. Nevertheless, the principal problem are the accesses to the village. Somo is connected to Santander, the capital of the province, by sea as by terrestrial route, nevertheless, the prices are raised and the limited schedules what supposes that the tourists praise for using cars to come up to the beaches what provokes that the principal roads collapse in the rush hours, altering the habitual dynamics of the residents, as well as the biggest problems at the moment of parking the vehicles. These are parked in any part of the village, already be in sidewalks, parks, gardens and even in wings of the principal causeway. The availability of parkings is very limited, because of it the town hall has asked for the experts’ participation for the draft of a solution to the above mentioned problem, which has derived in the construction of an underground parking in the center of the town, a considered investment exaggerated by the people. Is this the only possible solution? A parking might be realized in esplanades in the boundaries of the people, avoiding this way the traffic in the centre of the town, the visual impact and the cloggings at the moment of arrival. It will have have a service of magdaleno complementary to bring the village over to the tourists, as it is used in other tourist activities as in big ski resorts.