The Xunta de Galicia of Manuel Fraga, at a time of economic boom predecessor of the crisis that we lived years ago, tried to repeat the success of other urban-cultural projects that had recently been carried out in other cities of Spain, as is the case of the City of Arts and Sciences in Valencia or Guggenheim in Bilbao.

In this way, in order to complement the cultural focus of Way of Saint James to Galicia and to increase the tourist interest of the Autonomous Community, we wanted to build the City of Culture, which would consist of an architectural enclosure composed of several buildings and spaces destined to cultural and entertainment areas.

In addition, the City of Culture had to become a pole of attraction for the Galician people, so that the citizens of the different points of the Galician territory would meet there to witness a prestigious opera, a new artistic exhibition or a music concert classic with the level that could be enjoyed in European capitals such as Vienna or Prague. In this aspect, a conception of this enclosure was sought as a space with an important factor of cohesion for the Galician people.

To repeat the formula of the success of Calatrava´s project in Valencia or Frank Gehry with the Guggenheim in Bilbao, a world-renowned architect was chosen to design the project, Peter Eisenman. In the same way, in every decision of the project there was not spared the slightest, and that is when designing each building of the premises decisions were taken that afterwards have been very harmful for the Galician coffers.

In 1999, it was projected that the City of Culture was formed by a set of six buildings with the following names: Library, Newspaper Library, Music Theater, Galician History Museum, Central Services Building and New Technologies Building . In 2001 the project works began, initially budgeted at 108 million of euros. 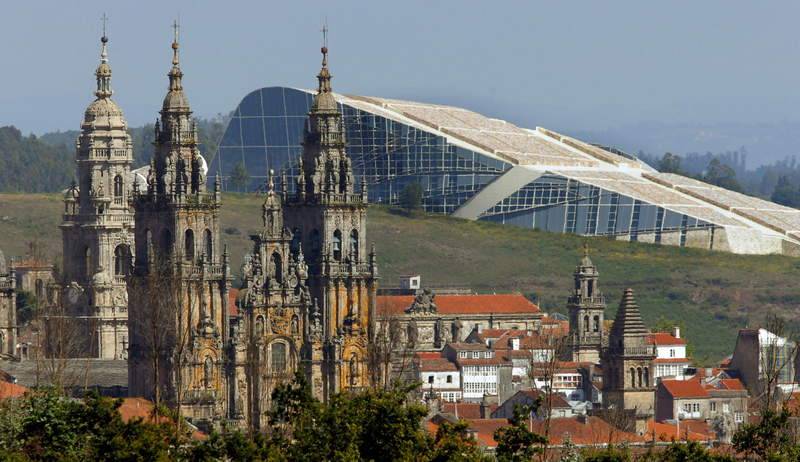 Today, 17 years later, after a serious economic crisis, multiple changes of government, several redefinitions of the initial project, there are already more than 400 million of euros invested in the construction of an unfinished work, and that is that two of the six buildings subsequently had to be eliminated from the project due to lack of funds (Music Theater and New Technologies Building).

The failure of the City of Culture is the result of the collision of economic waste and the economic crisis of 2008, it has also been influenced by a great incoherence in its design. It is difficult to explain to the Galician people how that the Library that was originally built only for books published in Galicia or that dealt with Galicia, could have larger dimensions than the National Library of Berlin, where the Germans did not have the need to do it anymore big. As it is also complicated to explain the viability of the flagship of the project, an Opera Palace with three elevators on stage, with capacity to assemble three operas in a single day, as if it were the Garnier Opera, although unlike the several million of inhabitants that Paris has, Santiago de Compostela barely has ninety thousand.

The results of this incoherence monument, is that it has not fulfilled any of its initial objectives, even existing buildings that have finally been dedicated to functions not provided as is the management of Galician universities or spaces reserved for the work of companies such as Indra.

It is an empty monument, only a sculpture on a large scale, but with an impossible cost to justify.

At this time, November 2018, one of its “greatest” milestones is being held in the facilities of the City of Culture, housing the lower level chess world, a reality very different from the great musical pieces or exhibitions world-class art that was sought in this project.

The number of visitors throughout its history is devastating, just eighty thousand people, when it was initially intended to be a claim for the three hundred thousand pilgrims who arrive annually at the Cathedral of Santiago de Compostela, as well as a place of identification for all Galicians , but unfortunately, the City of Culture … and excesses, has not managed to provide content a work subject to its form.