In June 2013 the Egyptian President Mohammed Morsi was blunt when he was asked for the dam that was built in Ethiopia on the course of the Blue Nile: His comment “all options are open” caused special stir considering that shortly after a few politicians unintentionally commented about the possibility of an aerial attack on the dam. Although the commentary was no important at all, the tensions between Egypt, Sudan and Ethiopia have not decreased since then. 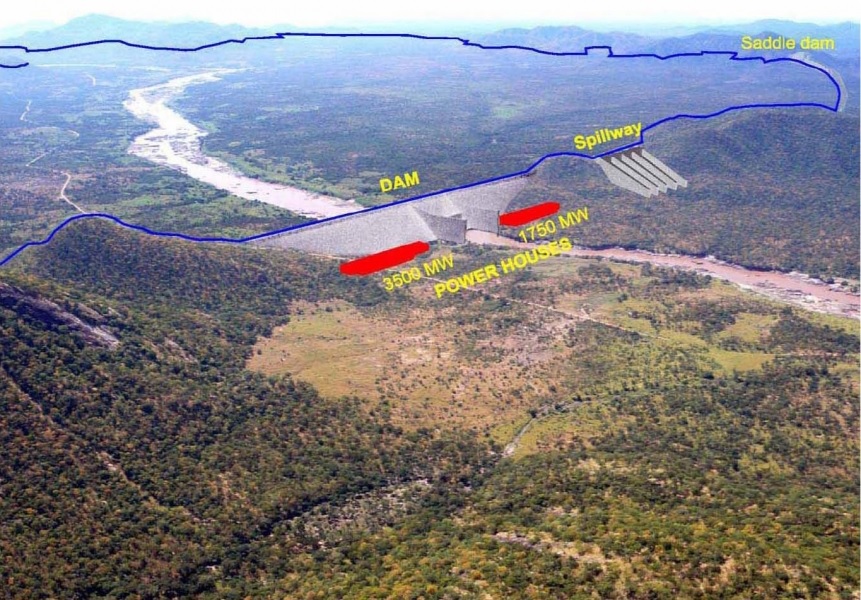 Currently this dam, called Dam of the Great Renaissance, is a matter of national interest for the three countries, and it´s because is a clear example of how a civil works project can be a blessing or a curse according to what affected part is questioned.  On the one hand, we have Egypt, which depends almost exclusively on the water of the Nile for supply water as well as the agriculture and economy. According to data from the Egyptian government, 55% of the population depends on this sector, enough only a 2% reduction of the current channel to leave 200,000 families without means of subsistence. On the other hand, we have Ethiopia, one of the African countries that grows fastest in population and economy. The Ethiopian government has as a priority the obtaining of electricity for the growth of an emerging middle class, so that this dam represents an unprecedented opportunity that would generate surpluses in obtaining electricity and that would help to remove the poverty. its population. Finally, there are the countries bordering Ethiopia, among which Sudan stands out, which would benefit from the surpluses in electricity production and, in addition, avoid floods (up to 8 meters) of the Blue Nile, which entail large losses due to floods.

We can find the origin of all this conflict in 2009, when the Ethiopian government carried out some prospections in the Benishangul-Gumuz region a few kilometers from the border with Sudan, finding an optimal area for the construction of the dam. Two years later, on March 31, 2011, Salini Costruttori took over the construction a day after it was public. Since then, the tensions between Egypt and the rest of the countries involved have grown a lot. In 2012, a panel of experts was created with technicians from the 3 countries to discuss technical aspects in order to come to a solution. But neither the commitment of Ethiopia, nor the regulations on minimum flows, nor the pressure of all the countries bordering on Ethiopia have managed to placate Egypt. The situation is complicated if we take into account that most of the international agreements, regarding the distribution of the water of the Nile, are colonial treaties imposed by Great Britain that usually benefit Egypt, like one of 1929 that guarantees 65% of the flow or another of 1902 that prohibited Ethiopia from building hydraulic works without the approval of the British government.

Recently, in September of this year, the negotiations between both countries failed again due to the intransigence of all the parties. And despite the fact that the discussions have not even reached the stage of assessing the impact of the dam, but still focus on how that effect will be determined. The conflict is not only political, it is also social: Ethiopia has become a source of national pride just as the Aswan dam was in Egypt in the 1960s, to the point that officials have resigned for a month of annual pay to finance it. Whatever, the construction of the dam continues and is expected to end by the end of 2019.

Attending to more technical aspects, the dam represents a challenge. It would be the largest hydroelectric dam in Africa and the seventh or tenth in the world (according to different studios). With an estimated budget of US $ 4,700 million (approximately 10% of the national GDP), the plant could generate 6.45 gigawatts of electrical power. The dam works with gravity, its dimensions are 1,755 meters long and 155 meters high, with a final volume of 10.2 million m3 of concrete. The basin produced will have an area larger than London, with a volume of 74,000 hm3, taking between 5 and 15 years to fill it fully. 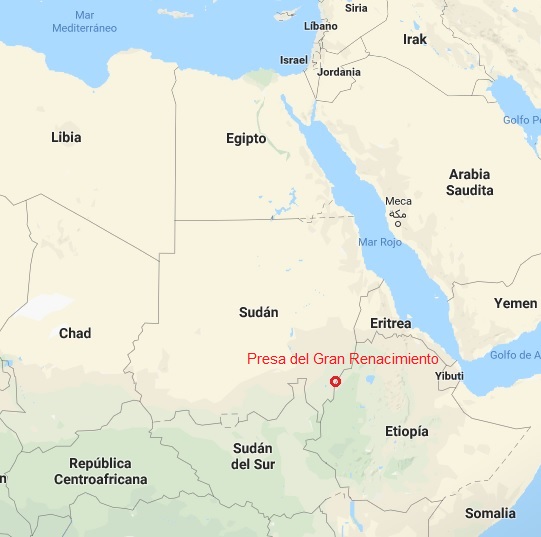 In conclusion, the construction of this work represents an unprecedented situation in the world since the cause of conflict is the control of fresh water. This example and other data from different parts of the world highlight the importance of water as a resource will have in the future, leading to international tensions and, in the worst cases, wars. Although it does not seem that there is going to be a solution close to the Great Renaissance Dam, let us hope that the need for consensus will force a diplomatic solution. And the experiences  in the process will serve to avoid similar conflicts in the future.