The Madrid’s slaughterhouse was located in the old Dehesa de Arganzuela, close to Manzanares river, to replace the old slaughterhouses of Madrid, that were located before first in El Rastro and after in Puerta de Toledo[1]. This location was considered from the end of the XIX century as the best of all the municipal locations, but it wasn’t until 1910 that it’s construction was made, due to the canalization of the Manzanares river. 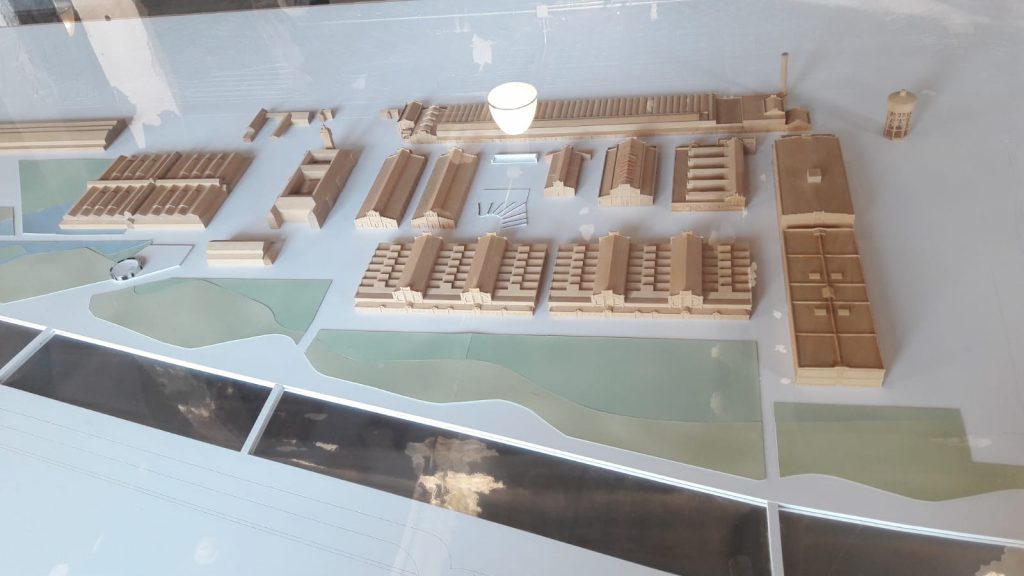 With this is easily seen the importance of territorial ordination in the location of industrial areas. On one side, the effect of ‘new centralities’ of territorial scope that mean the big industrial areas regarding to the cities; and in the other side the stopper effect that they make, over time, on the development of the urban fabric (mainly residential).

Over time, Madrid’s slaughterhouse was being victim of obsolescence:

On one side exists the Socio-economic obsolescence, due to the end of the need of the productive activities developed in that place (as happened in the industrial areas of Bilbao’s[3] estuary), besides this wasn’t the main issue of Madrid’s slaughterhouse.

O other side the technical obsolescence, as a consequence of the aging of the facilities, that starts to be an issue to the modernization of the activity. Madrid’s slaughterhouse in 1973 was unable to absorb new updates technical and health related.

Another affection is the real estate pressure. The growth of the city started to surround the area, that before was peripheral. This meant an increase in the value of the soil (and a speculative pressure), hindering their accesses and communications, and expelling the activity to new suburbs, away from the cities and, paradoxically, more deterritorialized (in the sense given to the expression by Deleuze and Guattari[4]). Another example of this is the relocation of Mahou facilities from the Paseo Imperial of Madrid to Alovera, in Guadalajara. 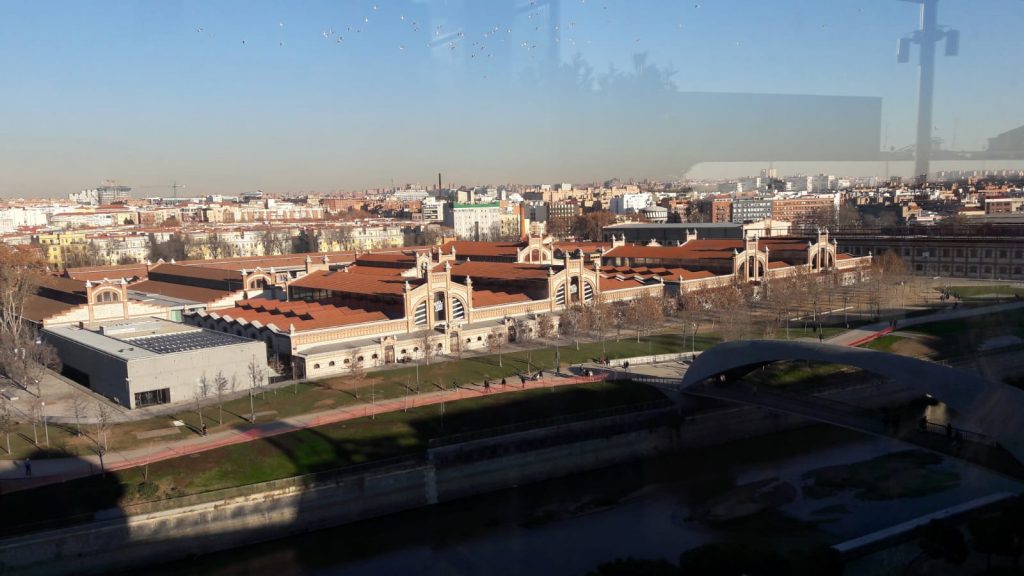 At this time, the problem was what to do with the soil. Usually there is little room to political or civic action to use this areas as poles of urban integration and reference at a territorial level that can have impact and benefit the whole population (although there are successful exceptions, such as Guggengeim museum, returning to the example of Bilbao’s estuary).

In this sense, the Madrid’s slaughterhouse motion had three important advantages:

–        Second, the quality of the buildings, wich prevented theis early disappearance. After long debates in the 70s about the protection of heritage (wich had a turning point with the demolition of the Olavide market in 1977), in 1997 the General Urban Plan of Madrid included the Municipal Slaughterhouse in the Catalog of Protected Buildings, affecting its entire perimeter and 48 buildings. [5]

–        Lastly, the confluence with the Madrid Río operation, which has enhanced the value of the intervention.

It’s significant the comparison with the operation of the Plaza Rio shopping center, just in front of the Slaughterhouse, in which the (private) promoter clogs with the building a strategic plot  from the urban point of wiew, closing it on itself, turning its back on the river and even blocking and contravening the Master Plan and the Special Plan that the city council had developed for that areas and were obscurely modified. See comment on Fernando de Porras Isla’s.[6] blog.

The Madrid’s Slaughterhouse constitutes a reference for other interventions in old industrial areas. An example of this is the studies for the intervention in the old San Isidro sugar factory in Granada[7]. The main aspects are:

–        Its sphere of influence: It focuses specifically on artistic creation[8]. Also, it starts from a previous analysis of the needs of the entire city of Madrid.

The project is also characterized for being aimed to become into a key for cultural innovation. An example of this is the (failed) attempt to incorporate the ARCO collection, or being selected to participate in the european Culture for cities and regions project, promoted by EUROCITIES and IKEA-European Affairs in collaboration with ERRIN (European Regions Research and Innovation Network).

–        The management project as the basis of operation: Public-private collaboration based on temporary administrative concessions, public tenders…

–        The intervention model: With a gradual occupation of spaces, without the need to wait for economic availability for a large investment; taking specific actions, more or less coordinated, versatile and reversible.

This has led to great agility in the start-up of activities. It is necessary to consider that the complete closure of the slaughterhouse took place in 1996, the first agreements for the use of the spaces are of 2002, the cultural project and beginning of works of 2006 and the opening to the public of the first spaces of 2007.