There are many factors directly affecting the quality of the Galician coast and its flora and fauna. The industrial development together with the multiple urban spills and the lack of adequate wastewater treatment systems are the most important factors that cause the incrementation of the pollution of the ria.

This article focuses on the plant of “Regasificadora do Noroeste Sociedade Anónima”, thereupon “Reganosa” which is one of the industries that has the biggest impact on the degradation of the already damaged laterals of the estuary.

Reganosa is a Galician company with a plant in Mugardos, in the ria of Ferrol, that dedicates to the transportation and regasification of liquefied natural gas (LNG), formed by the following institutions: Endesa, Unión Fenosa, Tojeiro Group, Caixa Galicia, the Algerian state company Sonatrach and the Government of Galicia (la Xunta de Galicia. It is one of the six regasification plants in Spain apart of the ones in Barcelona, Huelva, Bilbao, Sagunt and Cartagena.

The combined-cycle power plants of Endesa, Unión Fenosa and other industries in the region depends on the activity of this plant. Due to the aforementioned activity, the storage of Liquefied Natural Gas (LNG), contains gas at -162ºC reducing significantly the space required for its storage. Given the nature of the gas, its physical and chemical characteristics create certain inconveniences and risks.

When the LNG comes in contact with water, having a lower density, it forms a layer on it. Moreover, as soon as it begins to cool it vaporizes rapidly. The vapor cloud begins to absorb the heat around it and displaces oxygen, which carries a risk of suffocation. In addition, vapors in a concentration 5-15% in the air are flammable.

In case of an LNG spill, the most significant impacts will occur in the first 500 meters, with minor impacts beyond 1,600 meters. In case of large spills, it can extend beyond 1,700 meters if the vapor cloud does not catch fire. (Greenpeace, 2008) 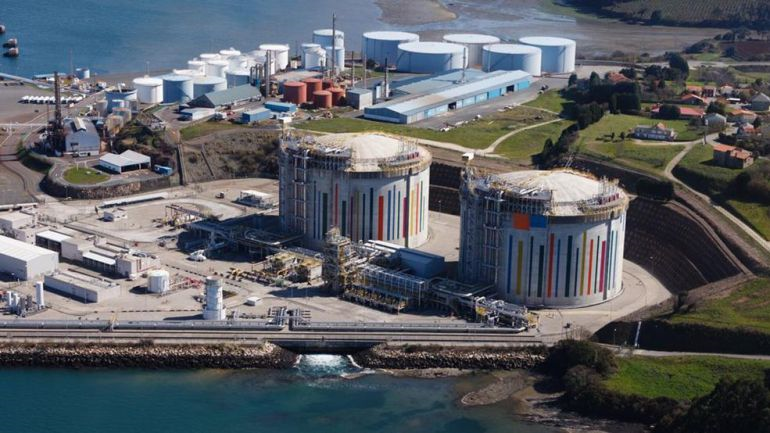 Regarding the exact location of the plant, it is situated 800 meters away from Mugardos and 1000 meters from a military arsenal and next to a petrochemical complex which increases the possible effects produced in the event of an accident. “Picture 2. Coexistenc between the plant and the houses. (Source: wikimedia. Available at: https://commons.wikimedia.org/wiki/File:Mugardos-reganosa-1.JPG) [Consulted 14/11/2018]

However, accident risks are not the only threats to the coast, also the simple activity of the center causes an environmental aggression on biological communities and shellfish banks in the area due to the use of water for gas vaporization and its subsequent return to the coast with up to 6ºC temperature reduction and contamination by biocidal substances.

The bureaucratic path for the approval of the construction project of the gas plant began in March 1999 and got approved in 2003. Later on, several stoppages took place due to the modifications of the “PGOM” of Mugardos done in order to legalize the plant od Reganosa (May 2012) and afterwards due to the change of the land use of the parcel without the previous contemplating at the time the permit was issued  (Supreme Court Judgement, 2016)

There were many organizations that have contributed to the fight against the establishment of the plant. They were made through the filing of numerous lawsuits and appeals that have already left dozens of sentences (in favor and against of the plant), the mobilizations and blockades of entry to the plant. These include the Cidadán Committee, the O Cruceiro de Mehá neighborhood platform and the Citizen Emergency Committee for the Ferrol Estuary, as well as the fishermen’s associations of Ferrol and Barallobre.

All those complaints about the poor state of the estuary, have let to European Delegation of the Petitions Committee visit at the area concluding that the allegations “were well founded and were legitimate” and that “there is a strong pollution and that the areas are threatened of exploitation of shellfish, although it had already been said that a solution had been found to the problem “ 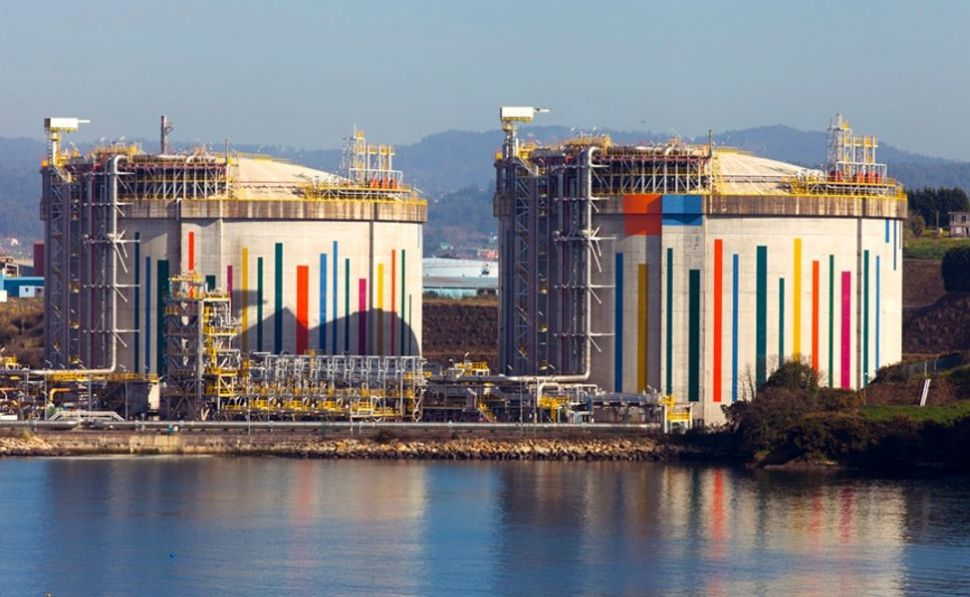 Despite the social discontent, the gas company plans to continue with its development around the port of Ferrol with the large LNG supply hub of the Iberian northwest. It has full support of the government presidency “to reinforce Galicia as a suitable place to supply LNG to the ships is an opportunity that we cannot miss “(Alberto Núñez Feijóo, 2017). For which creation, it is necessary to carry out a series of works of specialization and increase of the plant that will cause a greater deterioration of the environment with which they coexist

It can be concluded that the plant is accelerating the destruction of the ria and contradicts the strategy of recovering its potential by other, more compatible and sustainable uses (tourism, sport, fishing, fishing, etc.), which incremented the general discontent and the decline of social stability in the area. That anticipates us to know that the problem of regasification is not its profitability or its necessity, but its poor and little studied location.