Going back in time, until the year 2003, the old stadium Carlos Tartiere in Oviedo is counting down the days until its demolition, this space will begin to have a new use. “40,000 square meters of surface are born with vocation of becoming a pillar of economic, cultural and social development in city, counting with the seal and the genius of the most prestigious architect of Spain, who got the Prince of Asturias de las Artes award in 1999” that is the way El Comercio intrigued the citizens before the new work which would project the architect and engineer Santiago Calatrava in the capital of the Principality.
The Buenavista complex (named this way because of its location in the District of the same name) is planned to be a Convention and a shopping centre and a hotel, as well as serve as accommodation for the new offices of the Regional Government. 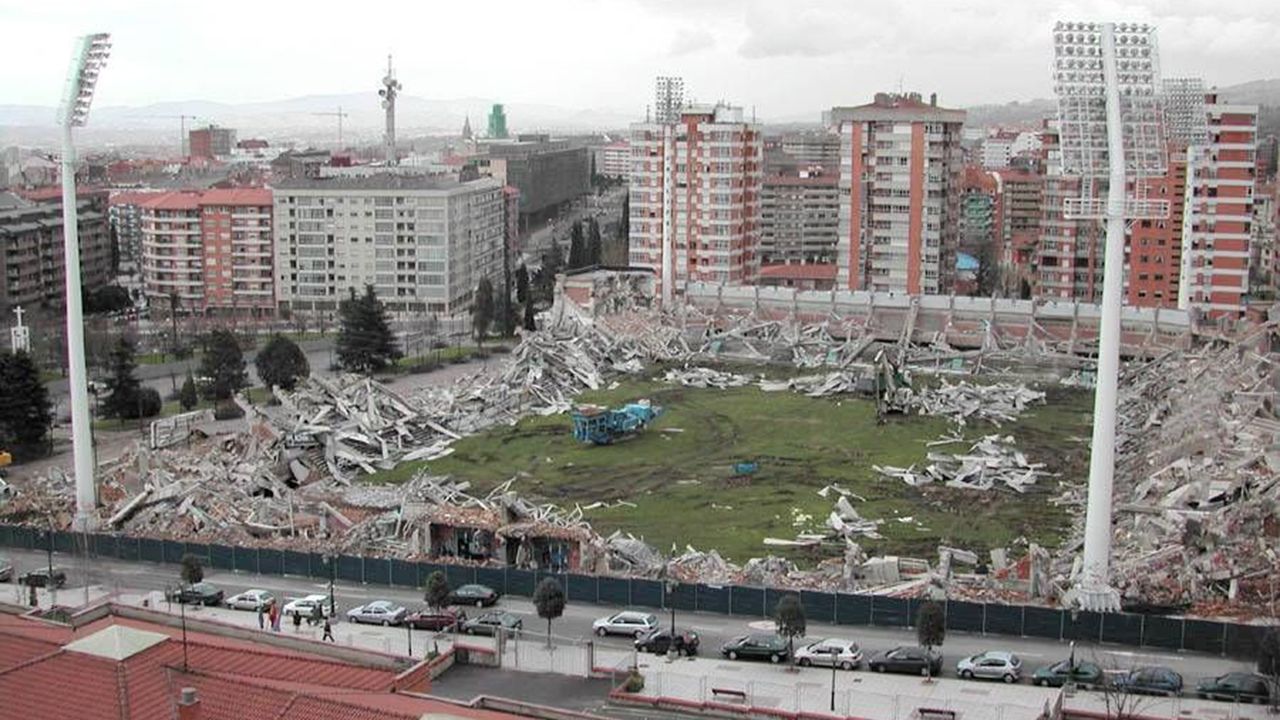 The enclosure is intended to symbolize a dove of peace, differentiating, on the one hand, an ovoid building with a deck or mobile visor formed by 31 ribs of white steel, able to be operated by a hydraulic system; on the other hand, is decided the construction of a U-shaped building elevated from the level of the ground by a system of porticoes.

A centre designed by an architect of international reputation, on regional economic growth and with a great future projection, only leads us to imagine a road of success for this complex; as defined it D. Gabino de Lorenzo, the Mayor of the city of Oviedo by then, a “grandiose and spectacular” work.

In 2005, after the work of foundations and retaining, begins to lift up the metal structure, finishing in 2008, when it was confirmed the opening of the Mall; the Convention Centre has to wait until 2011 to open its doors.

This structural assembly, despite the high expectations that had, soon ended up becoming fruit of the pretentiousness. Phase of project, both in execution and use, this complex has not been spared the controversy. Problems arose at the beginning of the work in the Foundation, ignorance or uncertainty of the magnitude of the work, made that it thrived through continuous slab, rather than sound pads. A year after starting with the lifting of the structure, a part of the slab collapsed, causing an accident that affected three operators; eight years later, in 2014, (once switched on the complex) a series of reports between the architect and the developer, failed against the designer, which, together with the structural problem in the slab, came to collect a fine of six million and a half euros, in concepts of defects in construction, cost overruns and lack of a real direction of work. So arrived failures in execution, that initial project model was not actually built: the visor, qualified by the architect as “the soul of the Palace”, had to leave fixed failing hydraulic system and the stands suffered a collapse. In addition, once admitted the project, it was decided to an increase in the number of offices, consequently increasing the width, as well as it was decided a change in parking already planned, and the creation of a hotel of 4 stars instead of 5, for reasons of market. In addition, and according to the head of the company in charge of the electrical installation, Aquilino Zapico, “Center is not insulated against fire, neither technical nor acoustically” Noting also that the matter is “known by Heritage Department”.

Finally, after the cost overruns and other problems caused, Center Buenavista, closes with a final 360 million euros cost, five times more than the budget initially agreed.
Today, according to the data offered by the El Comercio newspaper, only 7.5% of the total capacity of the Center is in use, in other words, 40,000 square meters of surface area, only they are occupied 3,000 square meters by shops open to the public. In other digits, the 146 available spaces, the Center opened its doors with 123 premises, of which 30 are maintained. But this is not only plausible at the Mall, but it the Palace takes place by a steady fall in the number of events and conferences held there.

A futuristic agora swimming in an economic crisis, punctuated by demands judicial and deposed by the HUCA moved to La Cadellada. This Dove of Peace ended becoming a crab, or why not…as it is said in Asturias, it ended becoming a centollu. 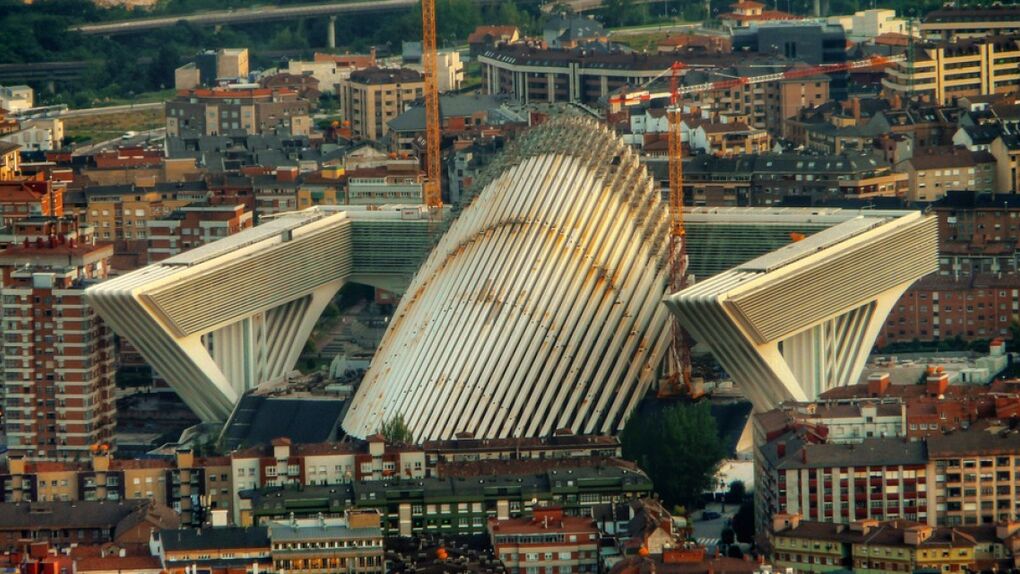