In Rome there is a district called Coppedé that owes its name to an Italian architect Luigi “Gino” Coppedé, who has done the project of the buildings in the early years of the twentieth century. The project of this neighbourhood was quite difficult, with many problems for the concessions and the numerous conflicts between the designer and the building commission. Anyway, what came out of these works was one of the best neighbourhoods in Rome, very beautiful, with many mannerisms, and references to ancient Rome, with frames and mouldings of imperial Rome, and an arch remembering the triumphal arches of the Roman Forum. A neighbourhood of such great architectural and artistic value, needs protection from the competent authorities. The weirdest thing about this neighbourhood is that it’s very small and it seems like it’s hidden, that not many people find out this place but do not spend a lot of time walking around the city. Tourists and people from abroad never walk through this neighbourhood that is not so close to the other points of interest in the centre of the city; in this way, the Coppedé neighbourhood remains one of the most enigmatic and full of mystery place in Rome.

What is happening now is that one of the neighbourhood’s villas has been demolished. This villa, which had the name “Villino Naselli”, was built after 1929 and 1931, and in the fifties, it has been raised. The purpose of the demolition is to raise space to build a modern and luxury villa, very close to the buildings in Liberty style, typical of the area.

Italia Nostra, the residents and the association “Roma è la mia città” have requested access to the archives to learn about the original projects of the building, owned by Count Girolamo Nardelli, designed by Ugo Gennari, which is already chaired by the College of Architects of Rome. And Italy Our Lady, who had already presented an exhibition before the Superintendence, sent another one to the Office of the Prosecutor.

However, these interventions by Italia Nostra, the residents and the association “Roma è la mia città” on October 16 began the works of demolition of the building. “We turn to justice”, Oreste Rutigliano, president of Italia Nostra, worried about the falconry statements made by the builders, who bought a congregation of nuns and talked about a cabin in the 1950s, demanding that the correct interpretation be verified of the regulatory plan that only allows improvements in the construction of buildings that are part of the context […] It turns out that the verification of interest requested by the owners in 2014 has failed: the superintendence did not consider it binding. Perhaps an act of ordinary administration without knowing the plans for the future demolition and insertion of a ruthless modern building “.

Under investigation ends in the specific law of urban regeneration of the Lazio region; in fact, Lazio Region has approved Regional Law No. 7 of July 18, 2017, which contains the “Provisions for urban regeneration and the recovery of buildings”. This law came into force on July 19, which was necessary, and filled a regulatory gap for almost a decade, during which the Lazio construction industry operated in derogation.

The law deals with different topics:

• Urban regeneration in the Lazio region;

• Change of destination for the use of buildings;

And this law excludes non-buildable areas, historic centres and protected areas. What is investigated is whether the cubing prizes, which enter into the law, can be followed by strong building speculation, such as in the case of the villa Naselli (photo), which is replaced by a new building, larger cubic, and which to nothing have served the indications of the laws to protect the areas of artistic and cultural interest. 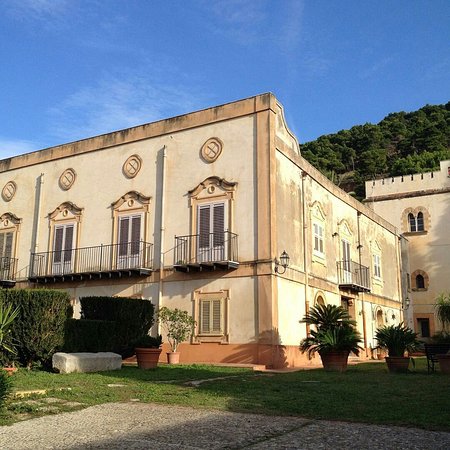 This lack of law and planning, has granted that one of the most beautiful neighbourhoods in Rome is contaminated by the presence of a building that historically, culturally, aesthetically and artistically has nothing to do with all the others.