Samarco is controlled by large companies BHP Billiton Brasil Ltda. And Vale. The main product there is the balls traded iron ore for the global steel industry.

The material released in the breaking of the dam destroyed Bento Rodrigues district with its huge waves of mud and debris. It affected many other towns (40 towns and tributaries of the Rio Doce).

60 million cubic meters of waste volume in this break. A value that puts the disaster as the worst accident in dams in the world. It left 17 people dead and 2 missing as firefighters.

Adding the amount of waste rejected in the disaster of 1982 (28 million m³) and 1992 (32.2 million m³) in the Philippines have almost the same value of all rejected in the accident in Brazil. Only five accidents with dams exceeded 10 million cubic meters released into the environment. (Source: Bowker Associates and geophysicist David Chambers).

This happened was extremely disastrous. It wasn’t only the destruicion of a city and some dead, was an environmental disaster that affected several rivers and wildlife all around. Many animals died because of the pollution. Pollutants spread very quickly through the rivers, reaching the sea of ​​Espirito Santo, about 600 km long propagation (roughly the distance from Madrid to Barcelona). 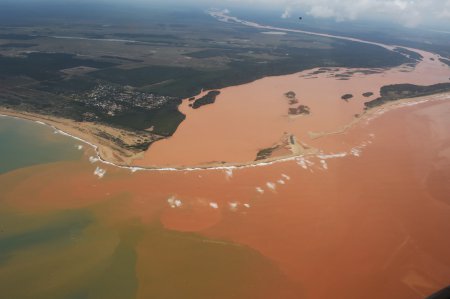 According to the company Samarco contaminants were not toxic, but the water utility of the city of Valadares index points 1,366,666% of iron ore above the tolerable treatment. Also had high concentrations of manganese and aluminum.

The need to replenish investimento miss usually US $ 5,2 billions, excluding cleaning the affected and correction of various damages, which perhaps can not be solvable area. (Source: Bowker Associates).

When the news came out in the papers it was not known which was the true reason for this disaster. Samarco said the company had recorded two small tremors in the area two hours before the breaking of the dam, then thought that this was the reason, but the real reason was a problem of engineering and maintenance.

It is hard to believe that a company controlled by two major mining company in the world capable of allowing something to happen as fatal as this. A company that has the best management programs, skilled professionals and technological operating systems, but that does not support its priorities and concerns waste.

The engineer responsible for the dam said that in 2014 were making a capacity expansion of the dam, for more waste, but the calculation followed a methodology that took into account not liquefaction in the foundation of the dam. 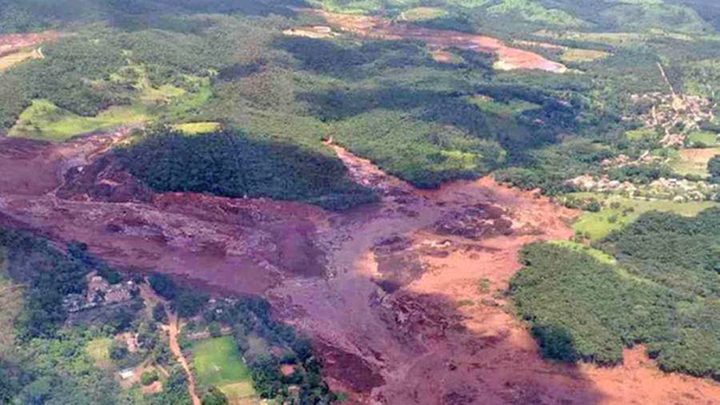 With tremors detected on the day of the disaster and the high level of water in the dam it was possible that the waste were to become liquid and were causing the rupture of the dam.

Unfortunately most companies give only value that should and generating profits. Ambition gains of human values. They forget that behind all their actions can generate impacts on the whole society, as was the case of Samarco.

In Brazil, the policy is not strong and very corrupt, then there are many faults in relation to laws and supervision of companies, especially as large companies that have great influence and importance in the economy.

Samarco is meeting its obligations in relation to the disaster caused by the accident of the dam (of course), but there are effects that will not be possible to fix. The natural balance was very large and take many years to return to normal or never come to this, unfortunately.