Looking at the map of the Spanish state we can see a lot of buildings and infrastructure disproportionately large bearing years without paying service or directly were never finish building. Speculation, corruption, lack of planning and poor urban praxis have become the country into a cemetery of Pharaonic works that has not been amortized.

Probably the territory where this may be more visible is Valencia´s region. The Formula 1 circuit and the City of Arts and Sciences of Valencia or Castellón airport are just a few examples of large buildings in this place that have become unusable a cause of hangover left by the years of prosperity, waste and lack control.

As the Valencian institutions, their most important football team, the Valencia CF, also lived a time when everything seemed to be possible to come tumbling down in a deep economic crisis. Between 1998 and 2004 the club Valencia lived a golden age getting several titles and becoming one of the best in Europe. It was then that a new directive, with the success still fresh, started making major economic fanfare as exorbitant transfer or the presentation in 2006 of a new stadium, the Nou Mestalla (presentation witnessed by Francisco Camps and Rita Barberá, president of Valencia and the city’s mayor then). So the Valencia club was plunged into a currency crisis.

Work on the new stadium, which aims to put the club to the European avant-garde with a stadium according to the times and national and international successes was getting the team, began in summer 2007 on a large place of 87,000

in the Avenida de las Cortes Valencianas, west of the district of Benicalap (in the Valencia northwest). The construction of the stadium complex would cost 344 million euros, and it would have a capacity of 75,100 spectators (20,100 more than the current). Work should be finished in August 2010, however the crisis of 2008 caused a sharp decline in land prices which prevented the sale of the current Mestalla to face the new payment. The club accumulated a debt of 547 million euros. This forced the stoppage of work indefinitely in February 2009, months before the club was forced to make a capital increase to avoid bankruptcy. 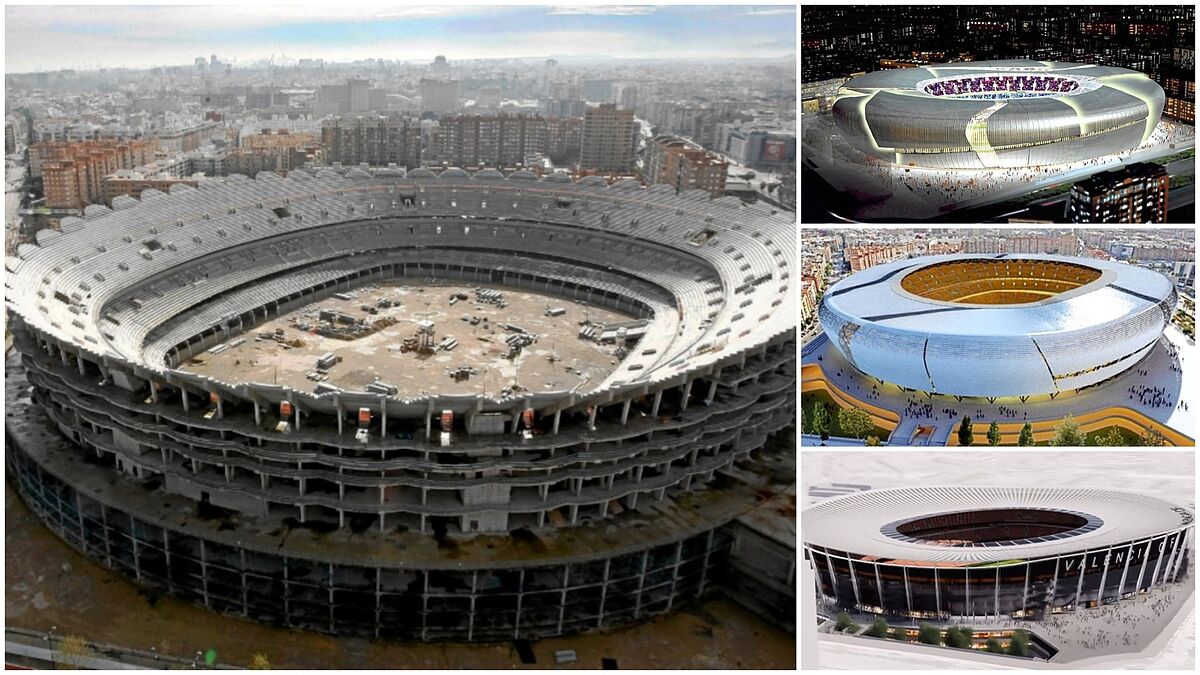 [FOTO 1] Model of the future stadium and its current appearance

The existence of such a large concrete structure that occupies a block of such surface and does not offer services has a significant adverse impact to the city of Valencia and especially for the Benicalap neighborhood.

It has an important visual impact on the urban landscape that could affect the economic development of the city because of its most important sector is the tourism.

The environment around the city is affected also because, although unfinished construction is within the village, the new buildings will be built on the outskirts of the city rather than on the site occupied by the works.

In addition, an esplanade concrete like this decreases the population density of the neighborhood with urbanistic and environmental consequences (consumption of land, water and energy, the impacts of transport, emissions of greenhouse gases …) without providing any benefit to the neighborhood, which is the worst of all.

In 2014 the Singapore investor Peter Lim took the shareholding of Valencia CF. The new president has pledged to finish the new stadium. To do so it has had to negotiate with the Valencian council a debt relief club and unlocking a series of requirements that the city demanded to the football field. It also had to hire a new architect to redesign the project and become it cheaper (finally it will cost between 120 and 130 million). If all goes according to the plan of the new directive, the Nou Mestalla will open in 2019, coinciding with the club´s anniversary, twelve seasons after began the works.