The High Court of Extremadura has stalled for the moment the replacement of Valdecañas Island (Caceres)to the initial situation, the luxury resort whose construction was denounced by environmentalists to be in a special protection area (SPA ) belonging to the Natura 2000 network . The Chamber has now commissioned an independent expert report to determine the true extent of the environmental impact of urbanization and whether there was justification for the space occupied by the urbanization to be included in the SPA.

However the Urban Development of Valdecañas Island has received as much harsh criticism as staunchest defenses. How much is environmental conservation compatible with the development of the region? Is it possible a solution that complements both needs?

On the one hand from the point of view of many environmental organizations it is considered as “one of speculative projects linked to brick, which is trying to sell at all costs to residents of nearby towns, under the mantra of employment , progress and welfare.” They argue that because of its status as SPAs must not be built on its lands, and accuse the government of the region to have carried out the project in breach of regulations as it is been used the legal figure of a Regional Interest Plan (PIR) without the project met the necessary requirements. Furthermore legislative changes without constitutional consultation, as well as to relax the mandatory inspections and allowed to continue with the project to be, by the way, “covered by the antisocial policy of the accompli fait”.

Between the effects which they warn this work would lead or has led, are the impacts against birds: “As result of the resort construction birdlife species have decreased their population”. Another impact would be against the habitat, denouncing desiccation along 5km of the River Tagus because of the lowered of the level of the reservoir to make the communication infrastructure of the island with the mainland. This desiccation would have increased eutrophication ecosystem, endangered survival of many species to be more accessible by predators and increased as well fish mortality.

On the other hand according to the government of the region and the resort owning company, the complex is completely legal, and it involves creating multiple positions of stable employment, which would generate an economic and social regeneration of the surrounding villages, where the population has been severely eroded in recent times. They argue that the construction of the resort “in no way has meant damage to the environment and particularly for the birdlife population and demolition, however, could cause more serious damage to the environment” besides the high cost that the state would affront in case of demolition, encrypted in around 34 million Euros.

A research team of the Department of Planning of the University of Extremadura has conducted a study on the socioeconomic impact of Valdecañas PIR. There they claim that the island “has improved the situation of their environment, thanks to an environmental regeneration project for which 4,500 new trees were planted belonging to native species”, and bird populations ” far from being compromised or diminished, have increased exponentially, given the greater vigilance to which the area has been subjected , preventing poaching in the island”. In addition, the researchers believe that “The declaration in SPA was arbitrary, without scientific or academic rigor”.

The Extremadura’s government has maintained that it is “perfectly suitable environmental conservation with the region’s development” adducing that between “the devastating developmentalism and reactionary conservatism there is a happy medium”. From their point of view “if the environment Valdecañas has value as nesting grounds and feeding for birds this is precisely due to the construction of the dam, leading, it stands to reason that not all constructive activity is necessarily harmful for habitat of protected species”.

The developer defends meanwhile that they have followed all environmental standards during construction of the project and that the resort follows a sustainable criteria giving priority to their integration in nature and to respect the environment. They manifested that the emission of gases into the atmosphere would be virtually zero since the mobility inside the island is intended to make in electrical golf cart or bike as it is equipped with pedestrian and bike paths, insisting that each property of the resort has its own solar panel and that its design has been tried to minimally impair the birdlife traffic with low buildings.

Meanwhile the residents of the villages of El Gordo and Berrocalejo, defend the continuity of the complex and have stated that the destruction of the resort would be “the economic death of the region” because it gives permanent employment to about 300 people, which is scarce in the area, and has managed to increase the population. In addition they predict that due to the increasing tourism business in the villages would rise, transport infrastructure would be improved and it would involve the construction of a sewage treatment plant in the swamp. All they ask is to respect the essence of both villages, not to destroy the pasture and field, and to comply what it is agreed in the contract of the project.

Is it possible dialogue between environment and economy? Is it still valid the growth model that exploits the beach but forget the inboard trade? Is it real a sustainable development in a place where land abound but there is not opportunities, where we focus on the environment and we forget about people? Could we reach a compromise between the demolition and the non-performance of justice? Should the justice have acted faster to avoid reaching to the current situation? Different and abstract interests make it difficult to answer:  the inhabitants premium above all the survival of the people in the socioeconomic field, while for environmentalists the demolition of the project is an opportunity to change the model of urban growth and with it, the mentality of the Spanish society. 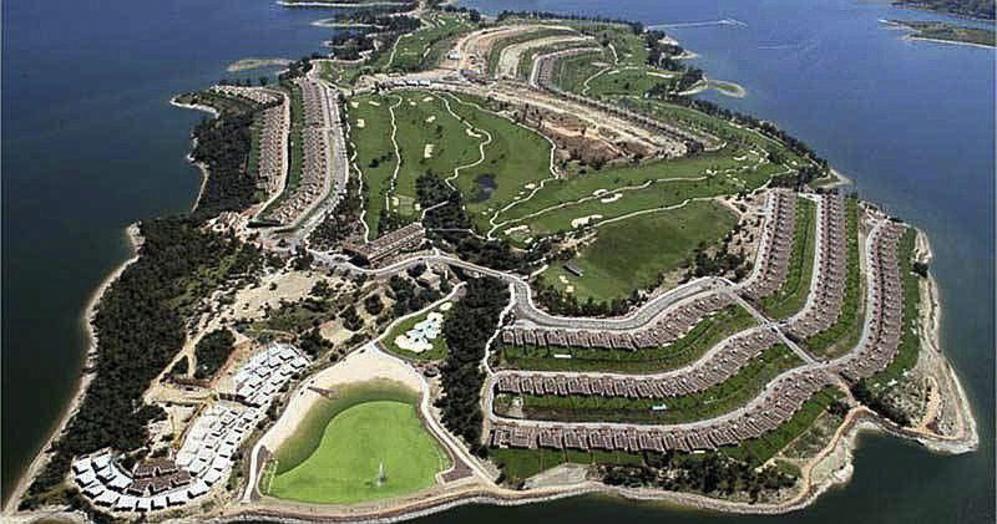