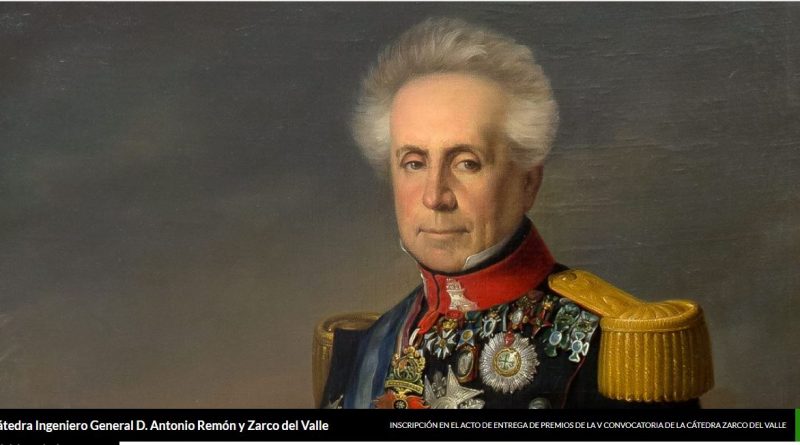 On December 15th 2020, for the fifth consecutive year, the “Ingeniero General D. Antonio Remón y Zarco del Valle” Chair awards ceremony was held, where UPM and CESEDEN seeked to recognize the work carried out during this year by teachers, researchers and students of the University in the fields of defense and security, involving as many of the areas that compose UPM.

In such a complex year, and with less people attending to the auditorium of the Rectorate due to the current measures, the prizes were presented by the Director of the Chair, Félix Pérez Martínez, with the attendance of the Director of CESEDEN, Teniente General Francisco de Paula Bisbal Pons, and the Rector of UPM, Guillermo Cisneros Pérez.

This Chair between the UPM and CESEDEN pursues the objective of bringing the Armed Forces and the university environment closer together. This way, all participants were requiered to be part of any of the university’s technical schools and to have developed their final degree/master’s work, PhD thesis or publication during the academic year 2019-2020. Prizes were divided into four categories: Final Degree’s Work, Final Master’s Work, PhD Thesis and Publication accepted in a JCR magazine. In the second one, researcher from RSTI Group and former Master’s student at ETSIT, Carmen Sánchez Zas, was awarded the prize to the best technology, product or service developed in the UPM with themes related to Defence and Security, having submitted to the competition her work “Design of an Adaptable Real-Time Machine Learning Intrusion Detection System based on Attacks Categorization”, tutored by Xavier Larriva and Victor Villagrá