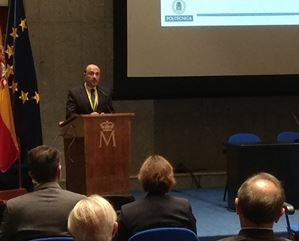 The workshop took place on Monday, September 30, in the Auditorium of the Museum of the Mint, in Madrid. The workshop deals with “Technologies for the prevention and control of cybercrime on collectives Vulnerable” and has been organized by the Circle Foundation for Defense and Security Technologies. It was opened by the Minister of the Interior, Fernando Grande-Marlaska, and closed by the Secretary of State for Security, Ana Mª Botella.