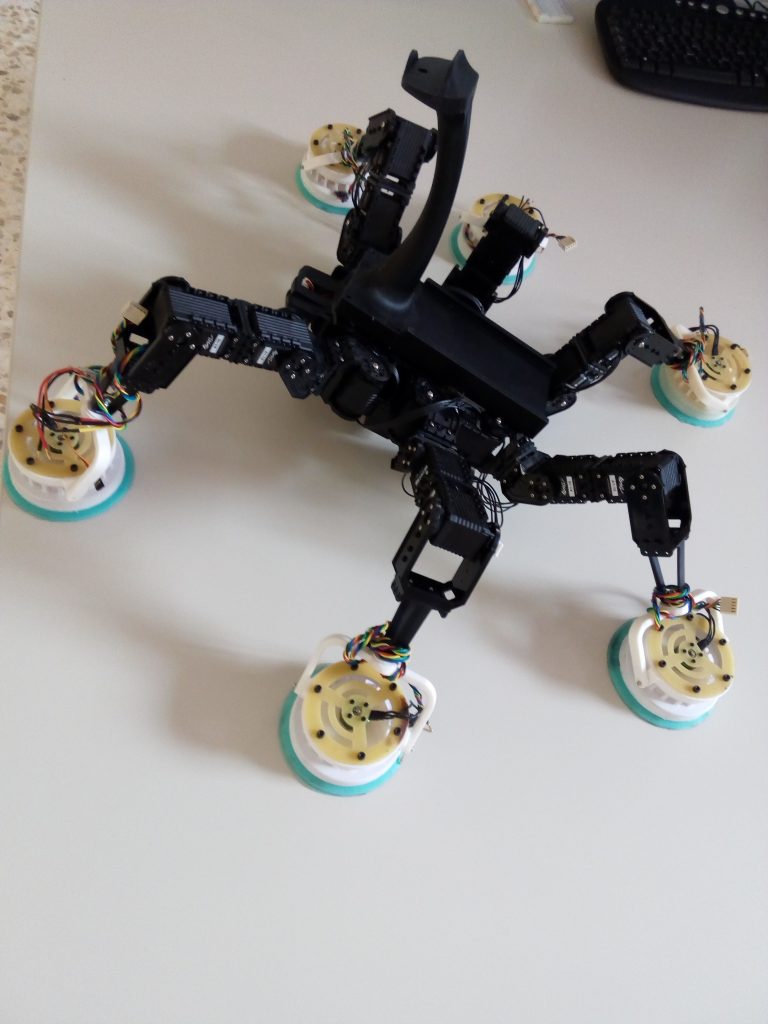 The aim of the ROMERIN project is the design and development of a new concept of a modular climber robot for the inspection of infraestructures of difficult or no access such as cooling towers of nuclear power plants.

This new concept of climber robot will combine the advantages of UAVs and terrestrial robots to create a new low cost robot that can climb walls of different composition, carrying inspection systems specific to each infrastructure: ultrasound, induced currents, artificial vision, or laser.

As a modular robot, several types of active components will be designed: locomotion, sensor, power and communications modules. By combining the appropriate modules, a low-weight task specific robot could be obtained.

The main innovations proposed in the ROMERIN project are:

♦ Adhesion between the leg of the robot and the surface by per leg vacuum generation and monitoring.

The project includes several phases, among which are the design, development and construction of three  robots, and tests in real environments, such as tunnel inspection tasks and inspection of cooling towers of nuclear power plants.