Affective Mapping of Rio de Janeiro: Dialogues between Schools and the City

Organizations/areas of the university involved

“Affective Mapping of Rio de Janeiro” (in Portuguese: MAC-RJ) is a research initiative developed by two research groups that have been focused on the relationship between the environment and education (GAE) and the role of the open spaces system in Rio de Janeiro (SEL-RJ). The main goal of this project was to strengthen children ́s role as city transforming agents based on two premises: (1) The World Cities Day (Nov 8th, 2019) – in -consonance with the Sustainable Development Goals (SDGs) of the United Nations (2015) – (2) the acknowledgement that a child-friendly city is good for everyone. This initiative sought to investigate the relationship between the urban landscape, open/public spaces and school facilities within the City, based on children’s impressions. We also sought to understand how these impressions could be incorporated into urban planning and design policy decisions. Firstly, the project applied a questionnaire composed of two questions asking children – enrolled in primary schools – to describe  their pathway between home and school through drawings, texts and images. Attached to the questionnaire, an application guide targeted the school teachers with guidelines that took into consideration a 50 minutes application time frame for children to take part in the activity in a minimum oriented and neutral environment as possible. In order to analyze and systematize the collected data, a cross tabulation was established using 15 analytical categories with 119 subcategories. Since January 2020 the collected data has been analyzed by a multidisciplinary team of undergraduate and graduate students, faculty members from UFRJ, international academic institutions, and also the local government staff (EPL/SUBPAR/CVL, SME). Furthermore, we’re planning as the next steps: a feedback for the participating schools in order to publicize the results; to improve and replicate the activity periodically as part of the school curriculum in the municipality of Rio de Janeiro; to support the implementation of similar activities in other places; to encourage the inclusion of these research activities and results in undergraduate and graduate courses as a way to increase the children’s participation in urban planning and design processes.

Results and impact measured or expected

The research was able to reach 47% of schools in Rio de Janeiro (734 of 1540 schools), where 25.620 children participated and 13.376 forms were tabulated with contributions from students with multiple social backgrounds in a wide age range. The collected data was analyzed by a multidisciplinary team composed by 65 participants of undergraduate and graduate courses, faculty members from UFRJ as well as local government staff. Results from the MAC-RJ were incorporated into the Sustainable Development Plan for Rio de Janeiro City – 2030 (PDS) as part of the educational territory metrics and concepts. Another relevant outcome was a GIS mapping of the analytical results in multiple scales. Both outcomes have been included as a reference to elaborate urban projects in undergraduate and graduate courses and also in international workshops in the School of Architecture and Urbanism aiming to expand impacts on education resources. 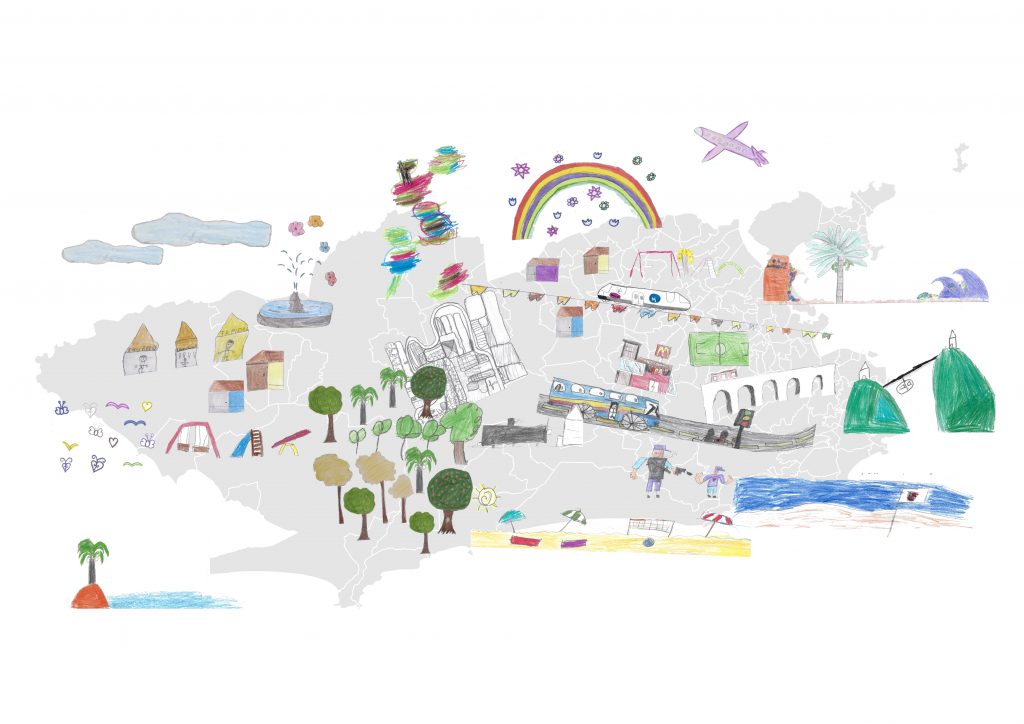 Connection with the SDG framework

This activity reassured the university role of addressing emerging and challenging issues that have been faced by the 21st century cities, in consonance with the global discussion promoted by the SDGs. Socio-cultural, technological and educational impacts have also enabled the immersion of architecture and urbanism students in a participatory, inclusive and interdisciplinary process which constitutes a transformative action related to the teaching of architecture that is committed to sustainable development. The dialogue with public elementary schools allowed architecture students to reflect on their role as mediators who are able to advocate for people’s desires and interests , helping then to promote better, fairer and more inclusive public policies. Focusing on SDGs 4, 11, 15 and 17, this project promoted the implementation of  educational territories, with an emphasis on the discussion about socio-environmental sustainability; safety; habitability and public education improvements; tackling inequalities; public spaces requalification, partnership and capacity strengthening.

The Affective Mapping was a simple activity in its proposition, but quite complex in its processing and analysis, constituting a difficult methodological challenge for the interdisciplinary team involved. The participation of 734 schools resulted in 13,376 collected documents. To face this high volume of  data, 15 categories of analysis were proposed and divided into 119 subcategories, allowing cross-sectional and representative readings of the territory. The COVID-19 pandemic and the current context of social isolation brought other challenges about the continuity of this project that reverberated in: modeling and georeferenced mapping results; devolutive activities to participating schools; and application of this initiative as a curricular activity. In-person  classes were suspended in 2020, and in 2021 its return is still gradual and with many constraints in order to meet sanitary protocols. To face this scenario, it will be necessary to develop devices that consider remote dialogue strategies with the school communities.

Transferability of the initiative

This initiative has multiple possibilities to be scaled up to other institutions in Brazil and abroad. At first in the undergraduate/graduate programs mainly in the fields of architecture, urbanism, geography and education, focusing on urban planning/management, urban/landscape design and cultural/natural heritage preservation. According to UN, more than 70% of the world population live in cities. Taking this information into consideration, we do believe that initiatives that develop a multi-method approach to consider the urban environment as an educative territory can be replicated and also be included in the curricula of primary/secondary schools as well as in graduate/undergraduate programs. Finally, our goal is aligned to the SDGs and NUA, since it deepens on the discussion about the right and access to the city that must begin with the recognition of childhood wellbeing and living as both an effective and affective approach to decision making processes for more inclusive urban settings.