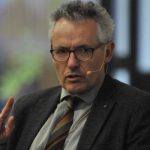 His 25 years of research experience include projects, consultancy documents, supervised theses and publications about:

He has been the principal investigator of more than 50 research projects, including several international competitive ones for IFAD, European Commission, PepsiCo, European Parliament and various other public and private institutions, having acquired more than €3.5 mill. in research grants. Has supervised 14 undergraduate students for their End-of-degree projects, 17 Master students and 21 students completed doctoral theses. Has published 20 monographs and 83 peer-reviewed journal articles.  His h-index is 16 (Scopus), Google Scholar citations 4100 (2045, since 2013), h-index: 29             (21, since 2013).

In 2005-2006, he was a visiting Scholar at University of California, Berkeley.

His academic career includes several appointments in boards, and in academic and administrative positions of increasing relevance and responsibility. Presently, he serves in the Advisory Board of the prestigious Rosenberg International Forum on Water Policy (since 1996), in the Board of Directors of IMDEA-Food, and in the Board of the Fundación General de la Universidad Politécnica de Madrid.

In 2008, he was appointed Deputy Director of the Water Observatory of the Botin Foundation, and in 2016 its Director. Between 2007 and 2008, he helped create the Research Centre of Agricultural and Environmental Risks (CEIGRAM) a Research centre of Universidad Politécnica de Madrid (UPM), first becoming its Secretary and its Director between 2010 and 2014.

In 2015, he was appointed Deputy Dean (Subdirector) of the School of Agricultural Engineering of UPM. In April 2016, was appointed Vice-Rector for Quality and Efficiency of UPM, his present position.