The day started at 6:30 am. With a classical beautiful Chinese cold morning, what a beautiful way to start a refreshing day with 0% of humidity while thermometers didn´t seem to realize how fresh the day was. We arrive to Shanghai station without waiting time between one and others it was certainly like the train was waiting for us.
Then we had breakfast in a few different places all around the station. Some of us took different delicacies such as fruits shakes, baozis, and even flavored teas with red beans on it. Soon after that we got on the train, and our way to Suzhou started deeply impressed with the dimensions of the spacious train wagons. We were all together after Vicente changed his seat due to the friendly Chinese solidarity.

When we arrived to Suzhou we found a monumental traditional architecture outside the station, full of taxi bicycle drivers at both sides of the road. We headed to the bicycle taxis to move around, but there was no way to negotiate with them. We were too many for just a few and they refuse to take as cheaply.
However we finally got to the “The Humble administrator´s garden” by bus. While  we were waiting the queue some people got some fans and umbrellas to cover their heads from the sun. That unbearable cold Chinese summer weather. We took advantage from the air conditioner of locals to overcome that and they took advantage from us to sell their little water bottle which never stopped changing hands throughout the day. 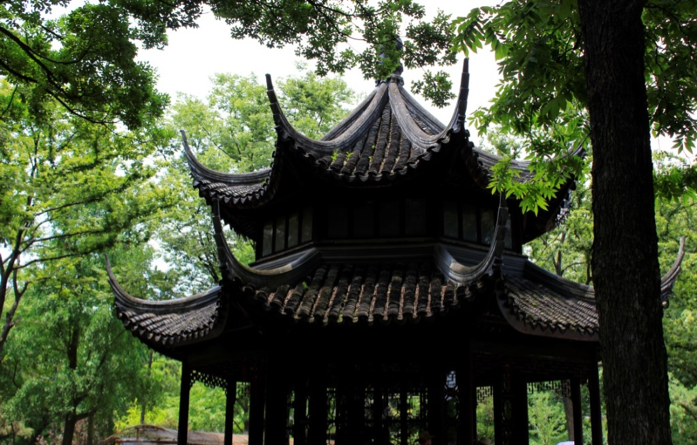 Few minutes after we were inside and divided in groups in order to explore easily the beauties of that place and its magic and colorful vegetation. Astonishing place as no other – we would say – but a bit crowded on t other hand. One of the biggest Chinese preserved gardens, it was divided in the past in three parts that belonged to different dynasties, and nevertheless the government unified them all in 1949. 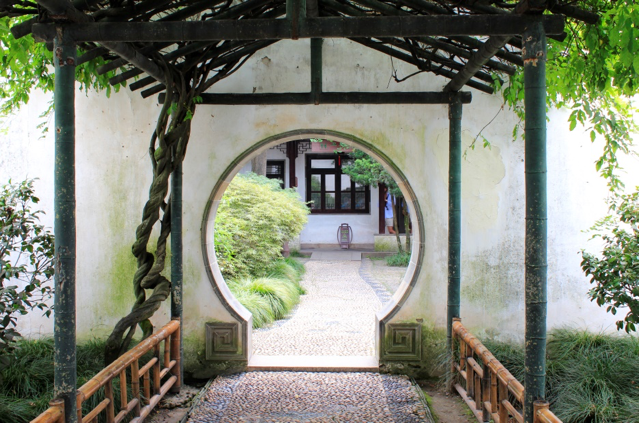 Right after two hours immersed inside that walls, we get out and walked along the canals of Suzhou to end up having lunch at a delicious traditional restaurant where we tried several new flavors in a rounded spinning table. We all were devastated after lunch, but trying to plan our next step: going to the huge “Pagoda” of the city, taking a taxi rather than walking, visiting another similar garden “Linger Ing”, the Suzhou museum or even taking a siesta/nap at that very moment. Eventually we found power enough to take the second option.
From then on there were two groups. The one who didn´t go to the gardens, chose visiting Suzhou´s museum, unfortunately closed, so they spent their time in the shops, eating local products and fruits and walking by the streets at the canal. If we would have to highlight one of them some people tried small yellow and green fruit balls which tasted like sweets, but we still without discover their name. In the meantime Sergio forgot his wallet in the restaurant and he has to overcome a short moment of crysis and small heart attack.

The Linger Ing Garden was far smaller and less crowded, but beautifulness was focused on its main lake and the big stone sacred stone from the early times in the middle of it. We rest there hidden from the sun for a while and some of us visited also the small bonsai garden, pretty similar as the last one with all types and varieties of species.

In the end, we went back by taxi to the commercial street. We bought propaganda, traditional chinese story books, we played percussions and last but not least have a fish feet massage. Regarding to this last thing we would strongly recommend living this experience to anybody. Firstly, it was hard to introduce the feet into the water box because of the tickle, we really need to focus on talking to stand in that situation, but lately it was a relaxing sensation while we enjoyed a cold Tsingao beer. By the end of the day when the night has comme, we took fast fried spicy food and a taxi to the train station to be at time for our train back to Shanghai. 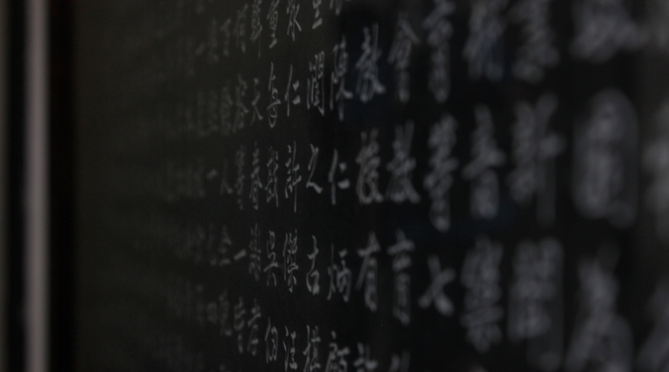