Japan launches the first LH2 carrier ship in the world 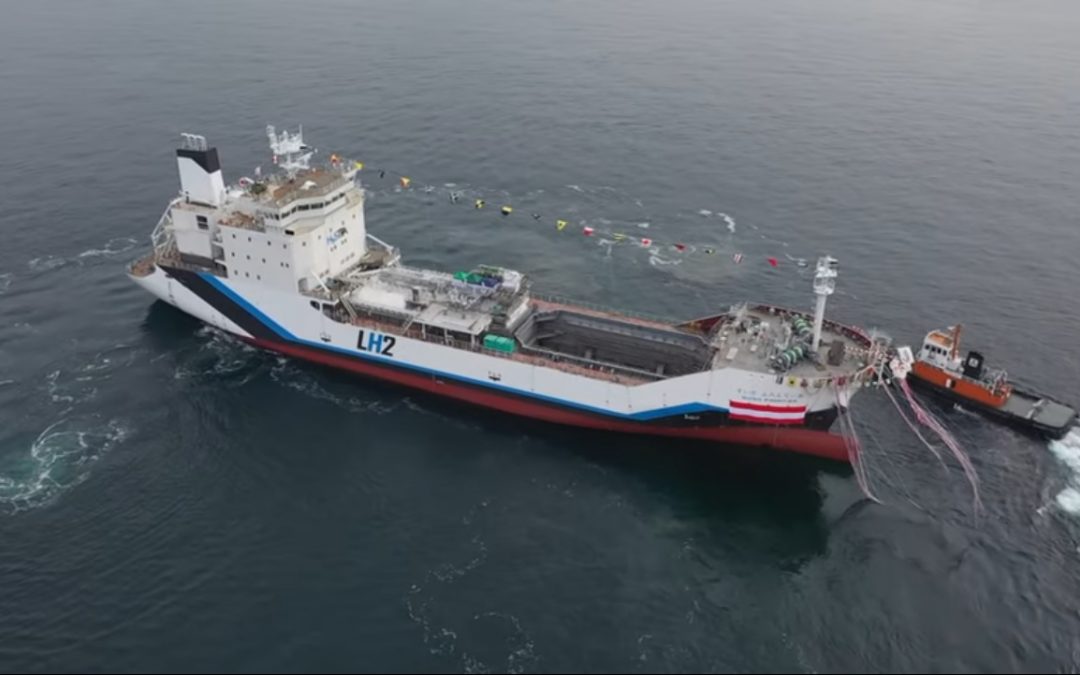 On December 11, the first liquid hydrogen transport vessel was launched at the Kobe shipyards of Kawasaki Heavy Industries Ltd., an important milestone for building a carbon-free society.

The ship in question has been named Suiso Frontier (す い そ ふ ろ ん て ぃ あ), being Suiso the word for hydrogen in Japanese. Currently, the vessel is waiting for the 1250 m³ hydrogen storage tank to be installed, which is being manufactured at the Harima factory of the same company. The boat is expected to be ready by the end of 2020.

The purpose of Suiso Frontier is to serve as a technological demonstrator of large-scale liquid hydrogen transport by sea. Specifically, this ship will be responsible for transporting liquid hydrogen produced in Australia to Japan.

The table below lists the specifications unveiled by Kawasaki Heavy Industries Ltd. in its press release of the past December 11th.