Lessons Learned from Context-aware Services in the Real World

Abstract: Context-aware services are one of the most important and popular applications of intelligent environments.  Many researchers have performed experiments on context-aware services, but most of the experiments were prototype-level or laboratory-level.   We had several chances to experiment context-aware services in the real world.  Context-dependent services in the real world have many technical requirements and problems that have not appeared at prototype-level or laboratory-level experiments.  For example, we should select sensing systems, which have less affected by their measurement errors rather than their measurement accuracy.  Users do not often act as intended by us, so we need mechanisms to detect unintentional behaviors and instruct them rather than smart user interface.  This talk presents our experiences in our experiments in the real world as lessons.

Short CV: Prof. Ichiro Satoh received his B.E., M.E, and Ph.D. degrees in Computer Science from Keio University, Japan in 1996. From 1996 to 1997, he was a research associate in the Department of Information Sciences, Ochanomizu University, Japan and from 1998 to 2000 was an associate professor in the same department.  He has been an associate professor from 2001 to 2006 and then since 2007 he has been a professor in National Institute of Informatics, Japan. His current research interests include distributed computing and legal systems for informatics. He works as commitee members of OECD and Japan governments, e.g., the chairman of Japan Canbinet Secretariat’s technical working on personal data, and technical advisors for TV programs.

Abstract: The remarkable recent advances of ICT technologies allow more and more to embed and integrate computing systems everywhere, into things, environments — such as rooms, buildings, cities – creating a multitude of smart connected things interacting through the Internet. This makes possible to rethink at the design of physical things and environments themselves, augmenting their functionalities by means of pervasive software systems. Such augmentation technologies include also wearable devices such as smartglasses and Augmented Reality/Mixed Reality Systems, that augment the physical reality with a virtual layer merged to it, blending even more the digital and physical worlds.  This leads to the design and development of “Mirror Worlds”, as digital software systems strongly coupled to some physical reality (things, environments), being both a “digital twin” of the physical world that can be observed and accessed from anywhere, and, at the same time, an augmentation of it, providing smart services and functionalities for human users using or living in it.  In this talk I will provide a short journey in these “Mirror Worlds”, starting from David Gelernter’s root idea up to recent proposals integrating pervasive computing technologies, mixed reality and multi-agent systems.

Short CV: Assoc. Prof. Alessandro Ricci is an associate professor at DISI (Department of Computer Science and Engineering), University of Bologna. His research interest in general concerns Agents and Multi-Agents Systems as a paradigm for designing and developing software systems. He served as organiser and PC member of main international conferences and workshops in the context of Agents and Multi-Agent Systems. Recently, he has been interested in investigating the use of the agent paradigm to model and engineer “mirror worlds”, integrating aspects concerning agents, pervasive computing and extended reality technologies.

Abstract: Knowledge Graphs have recently emerged as useful method to organize data and became a promising solution to support AI-based decision-making. This presentation will give an overview of the Knowledge Graph concept and discuss its relation and applicability to Intelligent Environments.

Short CV: Assoc. Prof. Dumitru Roman works as a Senior Research Scientist at SINTEF AS (Norway) – the largest independent research organization in Norway. He has wide experience with initiating, leading, and carrying out data-driven and research-intensive projects, participating, during the past 16 years, in dozens of large international projects in which he has collaborated with various private companies, public sector organizations, universities, and research institutes. He is currently active in the data management field, focusing on innovation projects enabling data-driven business products and services. He has a PhD from University of Innsbruck (Austria) and currently holds an associate professorship at the University of Oslo (Norway). 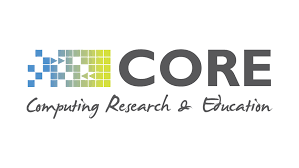